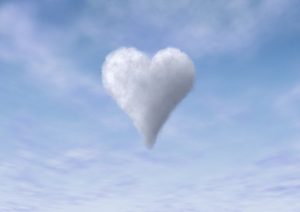 Well I don’t know about you but I’m going quietly bonkers…easily done if you live alone especially now the evenings are so light. I find myself sitting staring out of my kitchen window or pacing round the flat feeling like a cat on a hot tin roof…..talking of cats my two constantly turn their noses up at the wet food I put down for them and I end up having to throw it away or put it in a bag depositing it in the front of the church for the foxes….obviously juxtaposing it with dry food tho as well which they do eat.
Meanwhile the other day I was reading an article about pet food companies which was very unflattering and in fact pretty worrying in terms of the content of the pouches saying basically how very unhealthy it is which doesn’t surprise me quite honestly because I’ve suspected as much for some considerble time…..left down for even two or three hours the surface begins to dry out and turns black which looks extremely unappetising so I fully understand why they won’t eat it.

Anyway isn’t this scenario re….people arriving at the airports now having to self quarantine for 14 days insane? and  Priti Patel …quite obviously a real pain in the arse .

They should have tested people coming into the country months ago…doing it now when virtually every other country on the planet has a lower incidence of the virus than we do apart that is from the USA and Brazil simply doesn’t make any sense at all.

And of course the Cummings affair has annoyed virtually everyone and Johnson’s defense of his actions has infuriated the rest quiite understandably…bumbling idiot!…I must say that I was pleased to see that demonstrations have been going on outside Dom’s house. He is such an incredibly unattractive man….I actually find myself physically shuddering when I see a picture of him..

I applaud Emily Maitlis wholeheartedly for saying what she did…..Good on ya girl!!!
Do you watch Newsnight? I do most nights apart from on Thurdays when I watch Question Time now hosted by Fiona Bruce as opposed to David Dimbleby and I must say I think she’s doing a surprisingly good job….I imagine a lot of viewers were a bit dubious at first but I’m pretty impressed personally.

With regards to Newsnight I like Emily and Kirsty Wark but the ironically named Emma Barnet? get a haircut love….tie it back or up….at the very least stop wearing it drooping over one side of your face covering your left eye completely…just looks idiotic…in fact I wrote to newsnight bitterly complaining about it.

Of late I have complained about many things…guess at my age (nearly seventy) I have turned into the classic grumpy old woman…altho the concept ‘old’ is a total anathema to me and to others it seems as my twenty seven year old ex-tenant recently sexually propositioned me but there again he is a self-confessed sex addict. Needless to say I turned him down at my age I’m not into a quick bonk with a gorgeous hunk young enough to be my grandson…..I’m looking for a relationship with a real man not a fly-by kid.seeking another notch in his belt
.

I love what Linda writes. Its all so very real and up to date